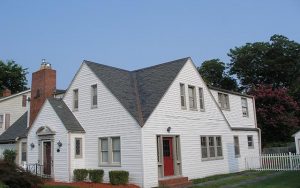 Maintaining your slate roof is the key to allowing it to provide protection as long as it can, so some slate roof repairs are necessary to extend the life cycle of the slate roof, especially if damaged during a heavy storm or hurricane. A slate roof repair should be fixed by trained professional slater. Don’t hesitate to ask for pictures of previous slate roof repair jobs completed in the Norfolk, Portsmouth and Newport News neighborhoods, credentials from slate roofing associations, references and always ask for certification and insurance.

The pictures below of a 100 year old Buckingham slate roof in Norfolk shows one example of a poorly maintained slate roof.  It’s obvious the slate roof repair was performed previously by an untrained local roofer. These faulty repairs led to additional damage and the homeowner having to pay for the same repair twice. During the normal course of the repairs, once the slate was removed in the repair area, additional damage was found in that same area, revealing a piece of wood rot caused from 20 years of neglect. Rain, wind and severe storms find no mercy without the proper protection of a watertight and properly maintained slate roof. New roof decking was installed and the Buckingham slate roof was properly repaired, which will extend the service life for at least another 100 years.

Buckingham slate roofs last over 200 years with proper maintenance and repair. Buckingham slate is the longest lasting slate in America, which is often why it is found on commercial buildings and churches that will last for centuries. Doesn’t get much better than that! Oh, but wait, there’s more! Notice in the picture below how there is just a slight difference from the 100 year old slate that’s already been on the home to the newly installed slate. Can I get an Ohhhhhh…Ahhhhhh! It’s simply amazing how amazing Buckingham slate is! Have a slate roof on your home and have questions about it? We have answers! Several of our slate expert foreman are instructors at the Hampton Roads Slate Roofing School.  Brian Chalsma, President of The Roofing Company, is also the President of the National Slate Association and we are members of Slate Roofing Contractors Association.  When it comes to slate roofing, we most definitely have you covered! Slate Roof Repair Colonial Place | Call Today. 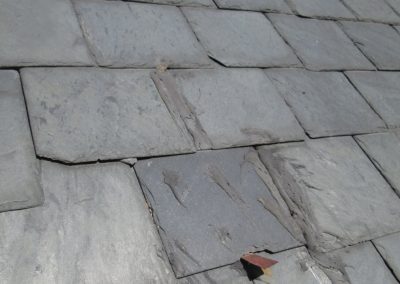 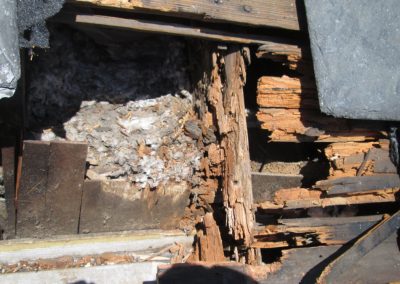 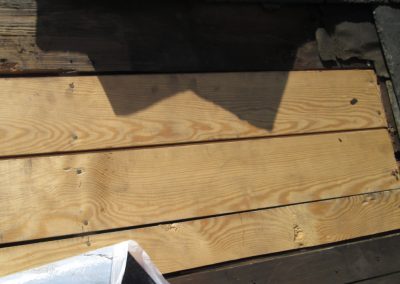 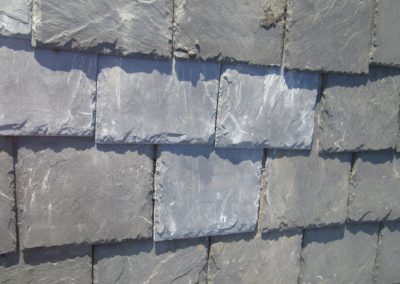